This latest installment in our ongoing series of black music writers telling their story comes from Bill Francis.  Brooklyn-based Bill Francis is a music and jazz journalist whose byline has appeared on countless stories and profiles ranging from bebop to hip hop, in the pages of Billboard, Spin, Essence, The Source, among many other publications. 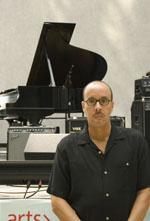 The son of a saxophone-playing Tuskegee Airman, Bill formerly covered Kansas City’s legendary jazz scene as a feature reporter and jazz columnist for The Kansas City Star.  He has also hosted an FM jazz radio program which was heard around the world on the ‘Net.  Bill writes regularly about the artists and the thriving jazz scene in Brooklyn.

What motivated you to write about this music?

My father was a jazz musician, as well as one of the legendary Tuskegee Airmen.  From an early age, jazz has been part of my world.  In college, playing in a jazz fusion group, and hearing and meeting some of the greatest jazzmen of the day (e.g. Herbie Hancock, Freddie Hubbard), I realized that jazz was much more than a music genre, it was a culture and important part of African American history.

When I began writing about music professionally, as a reporter and music columnist at The Kansas City Star, there seemed to be few African Americans getting mass exposure for writing about any serious subjects.  At the time Baraka’s Blues People was my only inspiration for thinking I could make a difference as an African American jazz journalist.

Why do you suppose that’s still such a glaring disparity — where you have a significant number of Black musicians making serious music but so few Black media commentators on the music?

There is no mystery for the disparity.  It is a direct result of African Americans and other minorities being greatly underrepresented in the ranks of publishers, editors, and producers at newspapers, magazines and in television.  Whether it’s jazz, culture, or everyday life, African American stories are seldom told in the media, and even less often written or produced by African Americans.

The lack of African American writers, who understand the culture that jazz sprang from and who feel jazz rhythms in their souls, certainly has influenced how the music has been represented.  Look no further than the preeminence of ‘smooth jazz’ on concert lineups and what is left of jazz radio.

With so few African American jazz writers being read, it’s not surprising that ‘smooth jazz’ — less challenging, more appealing to white writers, media executives, and audiences — has become the definition of jazz for much of America.

Which musicians and artists succeed commercially and which do not is a popular subject of conversation for those of us who write or cover music, particularly among African Americans.  Of course, the answer is pretty obvious when viewed in the larger context of the lack of cultural diversity among those who decide which stories about art, culture and music are written and which artists get hyped and marketed in America.  Even more than a lack of African American writers with jazz in their souls, it is the lack of Black editors to champion greater diversity in the stories assigned that relegates blues and jazz to second class status commercially in America.

[Editor’s note/ Rhetorical question department: When was the last African American in an editorial position at the most prominent jazz prints, DownBeat or JazzTimes magazines (throw Cadence and Coda in that mix as well, and for the sake of modernity, the web-based publications All About Jazz and Jazz.com as well)?  Just as we thought…]

Black publications reflect their readership.  Unfortunately, for reasons often debated, African Americans haven’t supported jazz as popular music since its earliest days.  Go to any jazz club or jazz concert in America and you will be saddened by the lack of African Americans in attendance.  Of course, Black publications could take the lead in educating and promoting jazz, as not only America’s only true original art form and important part of our heritage, but as an unrivaled improvisational music experience.  But the marketing realities in America require deep pockets and a deep committment on the part of minority publishers whose bottom line is usually more tenuous than their white music publication counterparts.

Ask most African American jazz musicians and they will express gratitude for the white writers at leading jazz magazines who love the music and write about the Black jazzmen who aren’t on the jazz charts and whose names aren’t Herbie or Wynton.  I have no doubt, however, that if there were more African Americans writing about the music and being read, the tone of jazz journalism would be far different and more accessible to read.  Think of what major league baseball was before Jackie Robinson or the NBA before Connie Hawkins and Dr. J.  That’s what jazz journalism for the most part is like today, without the major influence of Black writers.

In your experience writing about this music, what have been some of your most rewarding encounters?

As a resident of Brooklyn, I’ve frequently written about the vibrant jazz scene there, including several articles about the wonderful Parlor jazz phenomenon of top-flight live jazz being hosted in people’s homes.  Being privileged to hear, get to know and spread the word about incredible artists such as Mem Nahadr, Carla Cook, Cal Payne, or Onaje Allan Gumbs, whose music and talents warrant much greater recognition than they have, has been among my most rewarding encounters as a writer.

What obstacles have you encountered — besides difficult editors and indifferent publications — in your efforts at covering serious music?

Convincing publications that stories about jazz and jazz musicians can be compelling for their readers is a constant frustration to overcome.  Like jazz musicians, jazz journalists who are committed to writing about the music and must constantly work to stay positive in the face of the reality of their standing in the music marketplace and journalistic hierarchy.

What were a couple of the most intriguing records you heard in ’09?

EclecticisM by Mem Nahadr (LiveWired Music)…  To fully experience and appreciate her extraordinary talent you must see this striking African American, dread-locked albino live.  However on her latest appropriately titled CD, this jazz and performance artist diva with the incredible vocal range proves that there is nothing she can’t do vocally, from jazz ballads to funky pop.

Watts from Jeff “Tain” Watts (Dark Key Music)… Tain is a monster drummer and his playing here as a leader is ferocious but controlled.  With frequent collaborators Branford Marsalis, Terence Blanchard, and bassist Christian McBride in top form, the CD mixes some tongue-in-cheek humor and social commentary with a hard swinging mix of bop, funk, and blues.  Proving that jazz can still be relevant, as well as music of the highest order.