A Pet Peeve… once again!

Once again in the process of presenting the Ancient Future radio program (see playlists below), a vexing disparity reared its ugly head.  With so many artists going the DIY route and producing their own recordings, not to mention the myriad and sundry small labels cropping up, why are folks so stingy with the pertinent information?

Much of what’s left of jazz radio is broadcast on public or community radio stations; case in point on the latter tip being WPFW, the home of Ancient Future.  Increasingly I see my show host colleagues eschewing the idea of toting a load of plastic or digi-pack encased CDs to the studio; in fact there’s a growing trend of producing radio shows via laptop and MP3 files.  (Another pertinent point to consider: particularly at community radio stations, the programmers put their shows together at home, bring their own recordings, and largely do NOT rely on station record libraries; that’s the case at WPFW, it was that way when I programmed at WWOZ in New Orleans, as well as KFAI in the Twin Cities.)   Of the majority that still bring hard copy to the station to produce their shows, a number of folks use either those convenient CD albums or CD carrying cases with hanging files.  In such cases one can simply slip the CD and (hopefully) the booklet into a sleeve and presto — all the information is there… or so we think.

So why are so many artists and small labels so poor about more widely disseminating the pertinent information on their releases?  Example, the Australian pianist Barney McAll’s latest release is titled Flashbacks.  It’s a digi-pack (cardboard casing) release, so no booklet.  Why so stingy with the information Barney?  Why nothing but the album title directly on the disc?  What’s so hard about including not only the album title, but also a track listing and even a personnel listing?  Why when I’m compiling my playlist do I need a magnifying glass to read the label name?  Which raises another point, what’s so difficult about coming up with even a cursory label title for your releases, even if it is your first (which in McAll’s case it is not)?  For goodness sakes just call the label your first or last name, or name it after your favorite pet or the street where you live!  Isn’t part of the point of having your own imprint to build catalogue?  How do you build catalogue if you have no label name? 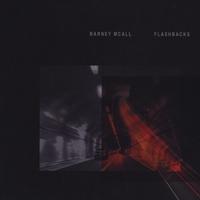 Notice how dark this is… artsy, but you can barely read the graphics

Which brings me to the hip young Malaysian bassist Linda Oh’s debut release which has garnered significant critical ink, including inclusion on certain ’09 Best Of lists.  Linda, why’d you choose to overload the senses with an endless reel of philosophical gibberish on your disc rather than providing pertinent info like CD title, track listing, and a simple personnel listing (don’t your trio mates Obed Calvaire on drums and Ambrose Akinmusire on trumpet deserve that)?  And where’s your label name Linda? 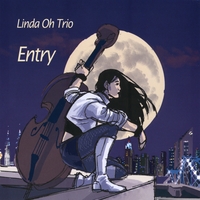 On the other hand, here’s a highly recommended new release from saxophonist Erica Lindsay and pianist Sumi Tonooka who’ve teamed up for Initiation on the ARC label.  Their digi-packed disc lists album title, label name, their names, and a complete track listing directly on the disc quite legibly  I don’t know Erica, but Sumi has always known what time it is! 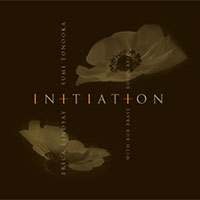 One quibble: the artist names should be in larger font

C’mon people, we’re just trying to give you some airplay!  Why’s it so difficult to give us clear, legible, pertinent, factual information.  As Joe Friday used to say "just the facts, ma’am."

7 Responses to A Pet Peeve… once again!