The Development of Jazz in South Africa by Hotep Idris Galeta 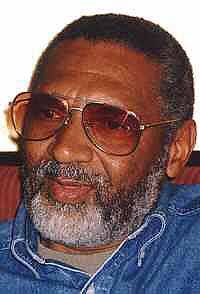 Continuing on the path begun by our interview posting last week, the following is an essay by Hotep Idris Galeta on the development of jazz in South Africa.  The richness of jazz expression by South African jazz musicians was no secret, however a trip several years ago to the Cape Town International Jazz Festival — including some furious crate digging in record shops in Cape Town, Jo’Burg, and Durban — proved to be a real revelation as to how deep the tradition is in that beautiful country.  Jazz musicians in SA have not only adapted jazz precepts and fused them with their own unique cultural expressions, they are adept at all manner of jazz expression… from trad to swing to bebop to free jazz and smooth jazz.  And the country has developed and continues to educate a number of exceptional jazz musicians.

Interviews with Hotep, bassist Bakhiti Khumalo, and vocalist Sibongile Khumalo provided further insights into the music’s history in SA.  Those insights, Gwen Ansell’s superb book Soweto Blues, record purchases, and subsequent acquisitions have provided much food for my ongoing monthly series of Jazz in South Africa broadcasts on the Ancient Future program for WPFW (most recently Thursday, August 20; playlist posted elsewhere in The Independent Ear).  Following up on his insights from last week’s posting on the subject, Hotep sent the following historical overview on jazz in South Africa.

African music, the progenitor of jazz and all other forms of African-American music has been around for a while. Given its ancient track record of longevity and creativity, I suspect it will be around for a long time to come, molding and influencing the various genres of world music. From a historical point of view and in this particular case, the musical chickens have come home to roost. Jazz has come full circle returning to its African roots.

South African Jazz has had many elements contributing to its evolution and development. The most prominent and significant being the rich eclectic cultural diversity of the countryâ€™s inhabitants and the influence of African/American musical culture upon it over the years. These two variants coupled with an environment of legislated racism, gross human rights violations, created the unique artistic forge and mould responsible for the evolution of South African Jazz.

The first informal contact the inhabitants of Cape Town had with African Americans was during the American Civil War, when the Confederate warship the â€œAlabamaâ€ came into the port of Cape Town in 1862 to replenish its supplies. The â€œAlabamaâ€ patrolled the South Atlantic where it would lie in wait for Union Ships to come around the Cape from the Far East on its way to the east coast ports of Philadelphia, New York, New Port and Boston. It would then attack, plunder and sink them. The â€œAlabamaâ€ was one of the most notorious and feared Southern commerce raiders on patrol in the South Atlantic sending some fifty eight Union vessels to the bottom of the ocean during her two year patrol. Confederate captain Raphael Semmes commanded this British built steam powered schooner.

A mixed crew of British mercenary and Southern white sailors manned the ship. On board there were also a small contingent of African-American slaves who served as cleaners, mess stewards and also provided some sort of musical entertainment for the crew. When the Alabama docked in Cape Town the local population flocked to the waterfront to look at her. It was then that the African-Americans dressed in their minstrel outfits gave impromptu musical recitals at the dockside where the â€œAlabamaâ€ was moored. When the inhabitants of Cape Town enquired from the white crew who the black entertainers were, the reply was "These are just our "Coons"! Or more succinctly put, "Just Our Niggers!

The Alabama was finally tracked down and sunk off Cherbourg, France by the Union Warship the U.S.S. Kearsarge on the 19th of June 1864.

On June 19th 1890 South Africans had their first formal contact with black-Americans and Black-American music when the minstrel troupe of Orpheus Myron McAdooâ€™s â€œVirginia Jubilee Singersâ€ from Hampton Virginia presented a series of concerts in Cape Town. Orpheus McAdoo was born in 1858 in Greensborough, North Carolina. As a young man he attended the Hampton Institute in Hampton Virginia, where he studied and graduated as a teacher in 1876. Before turning to music as a professional career in 1886 he taught school in Pulaski and Accomac Counties in the state of Virginia for ten years. In 1886 he toured Europe, Australia, New Zealand and the Far East after joining five members of the original Fisk Jubilee singers. Upon his return to the U.S. a year or two later McAdoo formed his own company by recruiting some ex students and graduates from Hampton amongst who were his future wife Mattie Allen and his brother Eugene.

With his newly formed troupe consisting of six women and four men, they set sail on a European tour in 1888. Two years later we find them arriving in South Africa. Their appearance was to have a significant impact upon the music scene as it later influenced the creation and formation of the â€œKaapse Klopseâ€ or â€œCoon Carnival.â€ Since itâ€™s inception at the turn of the century the minstrel street carnival became an integral part of Cape Townâ€™s performing arts culture during the New Year celebrations. To use the derogatory term of the racist American, south of that time,â€œ Coonâ€ or "Nigger" being the equivalent of the South African derogatory term of â€œKaffir,â€ "Boesman," â€œ Cooleyâ€ or â€œHotnotâ€.

If we look back to the Alabamaâ€™s visit to Cape Town we can now clearly see how the derogatory racist American term â€œCoonâ€™ came to be known and adopted in Cape Town. Given South Africaâ€™s colonial past of class consciousness, racism, divide and rule tactics, leaves little doubt for any speculation as to the name "Coon" and its tenure, popularity and longevity amongst the working class coloured population of Cape Town.   The â€œCoon carnivalâ€™sâ€ popularity however decreased as more and more young people became politicized as the struggle for liberation intensified during the late 1970’s and into the 1980’s.

McAdooâ€™s Minstrels stayed and toured throughout South Africa for eighteen months visiting places such as Grahamstown, King Williams Town and Alice where they visited and performed at Lovedale College, a South African equivalent of Tuskegee University. Musical history also indicates that their impact and influence upon the performing arts culture of the Eastern Cape was quite significant as it influenced the rich Xhosa choral traditions in existence there. It is somehow ironic that this genre of Creole/African/American minstrel-spiritual music which became one of the key developmental elements of jazz in New Orleans in 1895 should also become a contributing factor and play a crucial role in the development of South African Jazz.

The introduction of Jazz into South Africa took place shortly after the 1st World War, around 1918 and this introduction was again via Cape Town. The first Jazz recording was only made in 1917, and this by the all white New Orleans Band called â€œThe Original New Orleans Dixieland Bandâ€. Some of these early recordings were brought to Cape Town by American merchant seaman. Local white and coloured bands (the Creole mixed racial population group resident in the Cape Town area) and even some visiting American musicians were instrumental in popularizing early New Orleans style jazz at the Cape after the 1st World War. To the white musicians who played it and the white audiences who danced to it in America and elsewhere in the British and European Imperial colonies it became known as Dixieland. Given the dreary social life and appalling conditions in the black South African townships, it is easy to understand why the introduction of the radio, gramophone and recordings of New Orleans Jazz served as the biggest catalyst for the developing styles of early township music and black professional musicianship in the 1920â€™s.

It was in Queenstown in the province of the Eastern Cape that Jazz first developed and started to take on its South African character. Of all black people in South Africa at that time, the Xhosa nation were the most educated as the result of the early establishment of the British Missionary school system. Formal education, exposure to European hymnody and western classical music gave rise to a black upper class and a group of very sophisticated musicians and composers who embraced this new black American art form called Jazz.

In the 1920â€™s Queenstown became known as â€œLittle Jazz Townâ€ because of the many New Orleans style bands that were resident there. The most popular bands there in the 20â€™s and 30â€™s were Meekly Matshikizaâ€™s â€œBlue Rhythm Syncopatorsâ€ and William Mbaliâ€™s â€œBig Fourâ€ who entertained both whites and upper class blacks. Some of the earliest preserved examples of South African Jazz were recorded by Gumedeâ€™s Swing Band on Gallotone GE 942 in the late 1920â€™s.

It was during the late 20â€™s that Boet Gashe an itinerant organist from Queenstown popularized the three chord system the forerunner to the Marabi and Mbaqanga styles that were later to be perfected in the township shebeen [township speakeasys] environments of Johannesburg and Marabastad situated on the outskirts of Pretoria. Sophiatown the legendary ghetto of Johannesburg became the experimental ground for this vibrant new township music that was to under go further innovation during the 1930â€™s into the 50â€™s.

The music of the townships served as an important platform and vehicle for developing singers and instrumentalists.  Larger 15 piece bands such as the â€œJazz Maniacsâ€ were formed by popular Doornfontein shebeen pianist turned saxophonist, Solomon â€œZulu Boyâ€ Cele. Cele who was listening to the African/American bands of Fletcher Henderson,Count Basie and Duke Ellington saw the enormous potential of developing marabi into a big band style. This band was to feature and develop some of the legendary township Jazz players. They included saxophonists Mackay Davashe, Zakes Nkosi, Ntemi Pilliso and Wilson â€œKing Fishâ€ Silgee.

The Jazz Maniacs are significant because they carried the spirit of marabi to the dance halls and provided inspiration for a new breed of emergent Jazz musicians such as Dollar Brand now known as Abdullah Ibrahim, Hugh Masekela, Kiepie Moeketsie, Jonas Gwangwa, Sol Klaaste, Early Mabuse and Gwigwi Mwerebi. Some of the legendary Sophiatown vocal groups and singers associated with the â€œJazz Maniacsâ€ are the Manhattan Brothers, The Quad Sisters, The Woody Wood Peckers and a group that was to launch four great individual singers, The Skylarks, consisting of Miriam Makeba, Abigail Khubeka, Letta Mbulu and Mary Rabotaba. The demise of marabi big bands can be directly attributed to encroaching legislated racism, forced removals and regulations forbidding blacks to appear at venues where liquor was served.

As the dance halls in Sophiatown and other areas around the country were destroyed, black musicians were shut out of the inner cities or had to play behind a curtain when playing with some of their white counterparts at whites only clubs, Jazz was gradually being deprived of its multi racial audience.