Fanning the Flames on the Eastern Cape

Pianist-composer Hotep Idris Galeta is one of the keepers of the flame in South Africa, the country with arguably the deepest and richest jazz tradition this side of the U.S.  Currently project manager for a new performing arts project in Johannesburg, Hotep continues to be one of SA’s most potent musical voices.  A true keeper of the flame, despite his years of self-imposed exile, Hotep has been one of my abiding guides through the history of the music in SA, contributing mightily with his voice and music to a series of ongoing radio broadcasts focusing on jazz in SA for WPFW.  More recently Hotep has developed the South African Jazz Network (southafricanjazznetwork.ning.com) as part of the growing tree of social network sites. 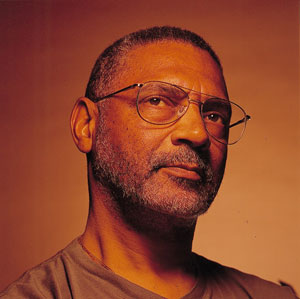 Our conversation began with an inquiry into the circumstances behind his self-exile in ’61.

I left Cape Town for London in September, 1961 and lived there until I went to New York in July, 1962.  As a young musician who loved jazz, that was where I wanted to be as it presented the perfect environment to be exposed to this exciting art form.

Detail your experiences performing away from your South African home.

My performing and recording experiences in the U.S. commenced in 1968 when I joined the band of fellow South African Hugh Masakela and recorded the classic album "Live at the Whisky A Go Go" in Los Angeles.  Since then I’ve recorded over 18 albums with various jazz artists such as John Handy, Joshua Redman, Jackie McLean, Hadley Caliman, Elvin Jones, Mario Pavone, Herb Alpert, Bobby Hutcherson, Woody Shaw, Hugh Masakela, Letta Mbulu, and Rene McLean.  I’ve also played gigs as a pianist in the bands of Dewey Redman, Pharoah Sanders, Charles Lloyd, and Sonny Stitt.

[Editor’s note: some of that activity came under Hotep’s former name, Cecil Barnard.]

Would it be accurate to characterize you as one of the SA jazz artists who were in kind of self-exile from apartheid (ala Abdullah Ibrahim, the Blue Notes, etc.)?

Yes, I guess you can characterize me that way.

As an aspiring young musician in SA what kind of training did you benefit from?

As a young, aspiring musician in Cape Town I hung out and played with many older musicians.  Abdullah Ibrahim became my mentor.

When did you finally return home and what were the circumstances?

I returned back to South Africa in December, 1991 after thirty years in exile as South Africa was [then] moving towards the establishment of a democratic society after the release of Nelson Mandela from prison.

When you returned to SA, how had the jazz "scene" evolved in the ensuing years?

Since the advent of democracy and South Africa’s new political dispensation jazz has evolved quite rapidly as a result of the establishment of annual national jazz festivals and the development of top shelf jazz education structures at both community and college level.

You’re currently involved in music education yourself; talk about your efforts in that arena.

Since my return to South Africa I’ve been involved in setting up performing arts structures.  I was the project manager that established and built the Miriam Makeba Center of Performing Arts for the University of Fort Hare in the city of East London.  I’m currently the project manager for the establishment of the Hugh Masakela Academy of Arts and Entertainment being built in the city of Johannesburg.

What’s your sense of jazz in South Africa currently?

There is a core of extremely talented young up and coming jazz musicians which bodes very well for jazz performance and development here in South Africa.

What would you say are the most optimistic aspects of the overall South African music scene?

The fact that there is such an abundance of musical talent existent in our various ethnic communities.

Tell us about emerging SA jazz artists we should hear — or even prominent musicians on the current scene, since they remain relatively off the radar for U.S. jazz listeners.

My suggestion would be to listen to the music of Mark Fransman, Kyle Shephard, Zim Ngqawana, Judith Sephuma, Jimmy Dludlu, Marcus Wyatt, and Carlo Mombeli.

NEXT TIME: Hotep on the jazz history of South Africa…